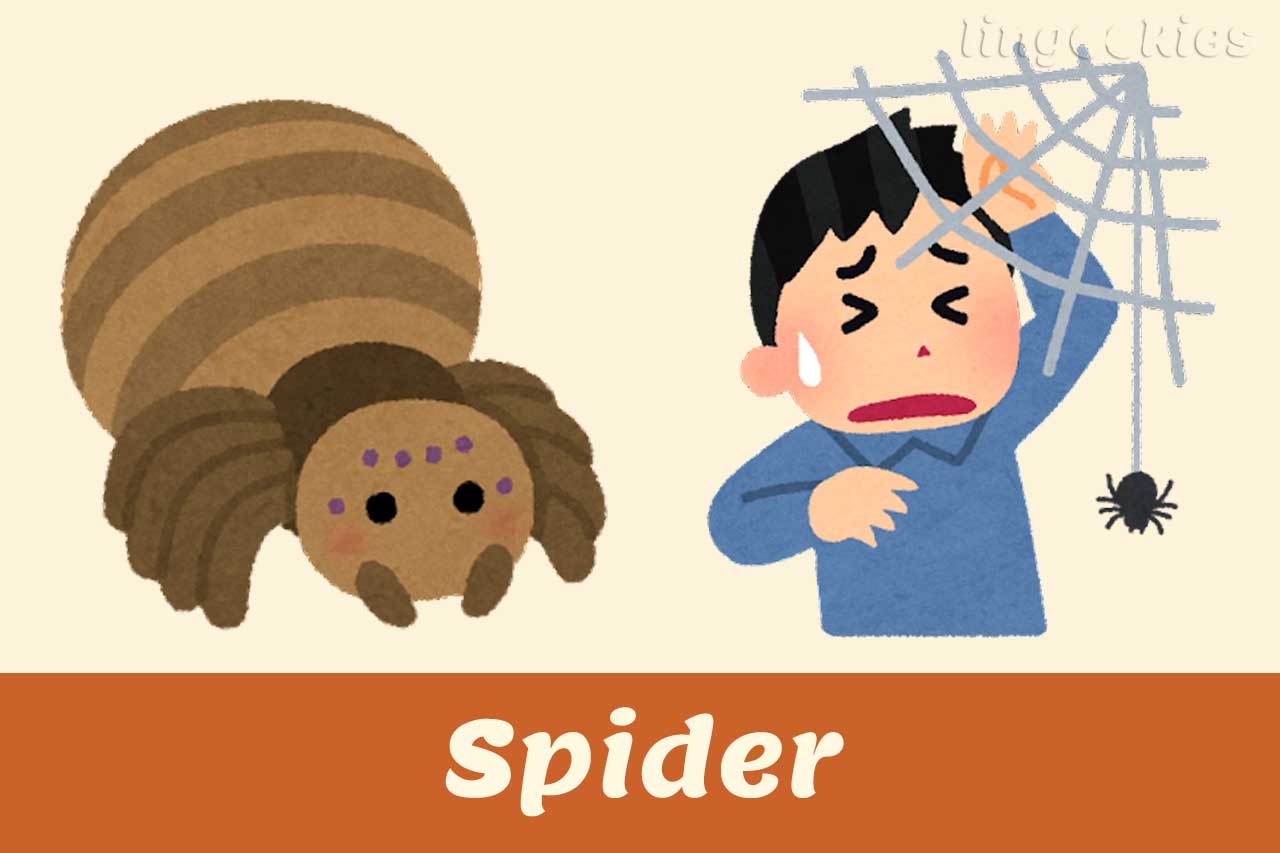 How exactly do you say spider in Italian?

In this lesson, we will take a look at the different words you can use to talk about spiders in Italian. Read on to learn them all!

How do you say spider in Italian?

Ragno is the most common way to translate spider in Italian.

It is a masculine noun, so it uses the articles il (definite, the spider), and un (indefinite, a spider).

I ragni
The spiders

Its pronunciation is similar to rah-ñoh (with the Spanish palatalized n) and it comes from the Latin word aranĕus, which comes from the Greek aráchnē. This is also where arachnophobia, aracnofobia in Italian, comes from! Make sure the final -o has a clean sound, because Italian vowel sounds are clean.

There’s a special kind of black widow spider that is common on the Italian peninsula: la malmignatta. It’s less venomous than its international sister, but it can still require a visit to the pronto soccorso, emergency room.

It’s also curious to note that Italian makes no distinction between venomous and poisonous animals. Velenoso, from veleno (poison/venom) is the only adjective you’ll need.

Ragnetto is another common translation for spider in Italian.

It’s used as an affectionate term (it literally translates to “little spider” thanks to the Italian suffix -etto) to refer to those little house spiders that are smaller than a few millimeters.

Not all spiders weave webs, but those that do are called ragni tessitori, orb weavers.

Ragnatela is the most common way to translate spiderweb in Italian (another less common term would be tela di ragno. It’s a feminine noun.

It’s a compound word that obviously comes from ragno, spider, and tela, meaning “canvas”. A more literal translation for web would be rete, but we never use “ragnarete” so don’t use that either!

Quanto impiega un ragno a tessere una ragnatela?
How long does it take a spider to weave a web?

And that’s the end of our lesson on how to say spider in Italian!

Now that you’ve seen how to say spider in Italian, you might want to keep learning Italian online with these free Italian resources:

❤️ If you liked this lesson on how do you say spider in Italian, consider sharing it with your social media friends who are also studying Italian.