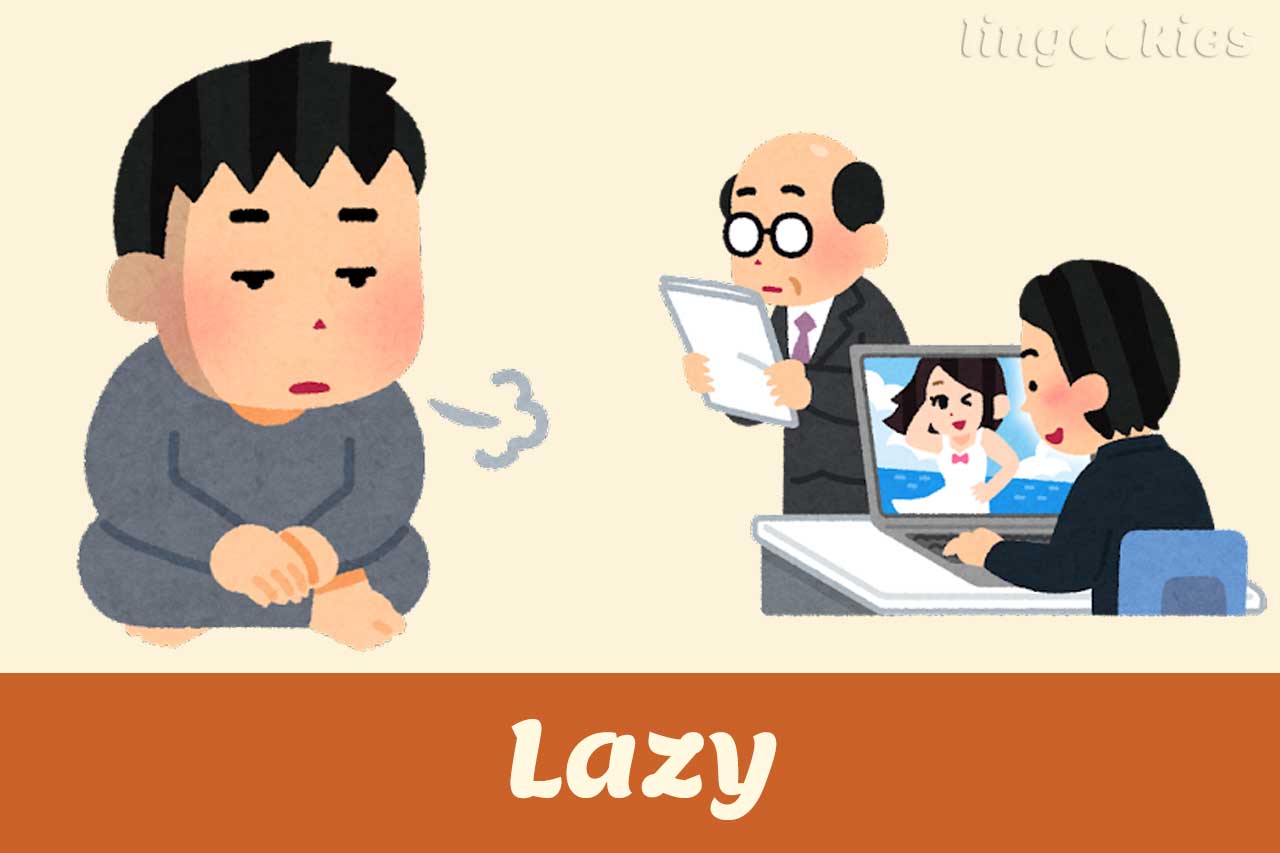 How exactly do you say lazy in Italian?

In this lesson, we will take a look at the different words you can use to talk about being lazy in Italian. Read on to learn all you need to know!

Pigro is how you translate lazy into Italian. Let’s hear how this adjective is pronounced.

Its pronunciation is similar to pee-grow and it comes from the Latin word piger, “slow”. Make sure the final -o has a clean sound, because Italian vowel sounds are clean!

Like all other adjectives in Italian, pigro needs to match the gender and number of the noun.

If a man is lazy, you will say pigro because man, uomo, is a masculine noun in Italian.

Likewise, if you’re talking about a woman, donna, which is a feminine noun, you will say pigra.

Other translations for lazy in Italian

There are a number of synonyms you can use instead of pigro. The most common are…

Fannullone
Slacker, loafer
(Derived from non fare nulla, “to do nothing”)

Matteo è proprio un pelandrone. Dorme fino a mezzogiorno!
Matteo is such a slacker. He sleeps until noon!

I ragazzi di oggi non sono fannulloni. Pretendono solo i loro diritti.
Today’s youth is not lazy. They only claim their rights.

We can also describe a lazy person as essere nato stanco, which literally means “to be born tired”.

Other things that are said to be lazy in Italian are…

Mio figlio dovrà indossare una benda sull’occhio pigro.
My son will have to wear a patch over his lazy eye.

And that’s the end of our lesson on how to say lazy in Italian!

Now that you’ve seen how to say lazy in Italian, you might want to keep learning Italian online with these free Italian resources:

❤️ If you liked this lesson on how to say lazy in Italian, consider sharing it with your social media friends who are also studying Italian.