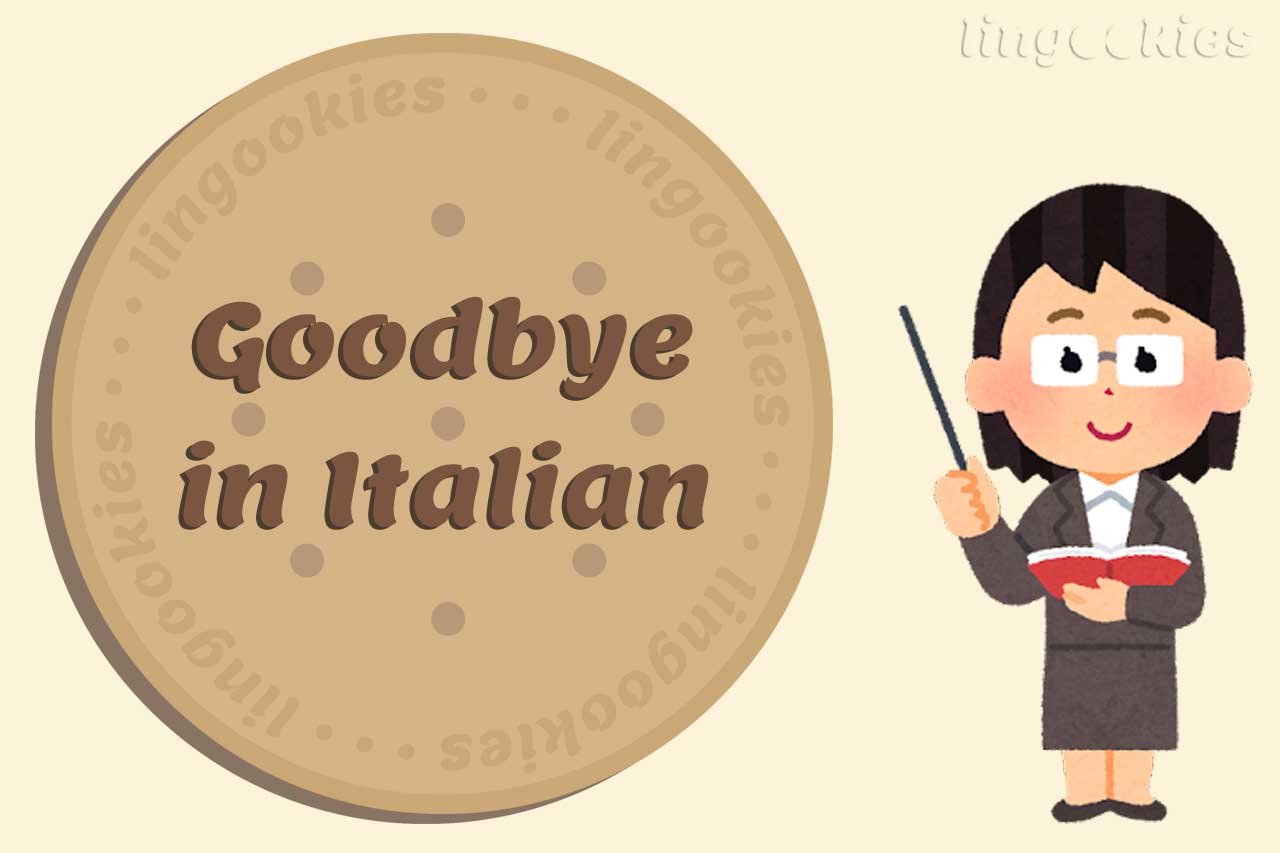 Saying goodbye in Italian depends on the degree of intimacy between the speakers.

Culture shock!
Close relatives, especially if they won’t see each other for a while, will exchange kisses on the cheeks. Italians talk with their hands, as the stereotype goes, so friends will almost always wave to each other enthusiastically, even from across the street.

How many ways are there to say goodbye in Italian? Let’s find out in this lesson!

How do you say goodbye in Italian?

The very same word that starts a conversation between friends is also the word that ends it. It’s an informal goodbye: make sure you don’t address your boss that way.

People who know each other well, such as co-workers, will say ciao to each other because it requires a certain level of informality. In formal situations, you don’t want to say it.

Ci vediamo!
See you!
Literally: We see each other!

Ci vediamo dopo!
See you later!
Literally: We see each other later!

Want to test your skills for this lesson? Go to the Italian goodbye’s interactive exercises!

Ci si vede!
See you!
Literally: One sees each other!

A dopo!
See you later!
Literally: Until after

A più tardi!
See you later!
Literally: Until later

A presto!
See you soon!
Literally: Until soon

A domani!
See you tomorrow!
Literally: Until tomorrow

Italians will only exchange these if they know each other well or have some degree of familiarity. They commonly use them among co-workers, friends and relatives.

Ci si vede is generally used by younger people and is the most casual of these. It’s so casual that I wouldn’t even risk using it in the office, so be careful.

Arrivederci
Goodbye
Compound: From a, “to, until”, and rivederci, “see each other again”

ArrivederLa
Goodbye
Compound: From a, “to, until”, and rivederLa, “see You again”

They are both formal, but arrivederLa is even more formal than the other (note the capital L) and you can use it to address one person at a time.

If you are greeting a group of people and want to show respect to everyone, use arrivederci instead.

An addio lasts forever, so use it wisely.

This is the end of our lesson! Be sure to do the exercise to test your knowledge of how to say goodbye in Italian, and then jump to the next grammar lesson!

You can do the Italian goodbyes interactive exercises!

Now that you’ve seen how to say goodbye in Italian, you might want to keep learning Italian online with these free Italian resources:

❤️ If you liked this lesson on how to say goodbye in Italian, consider sharing it with your social media friends who are also studying Italian.