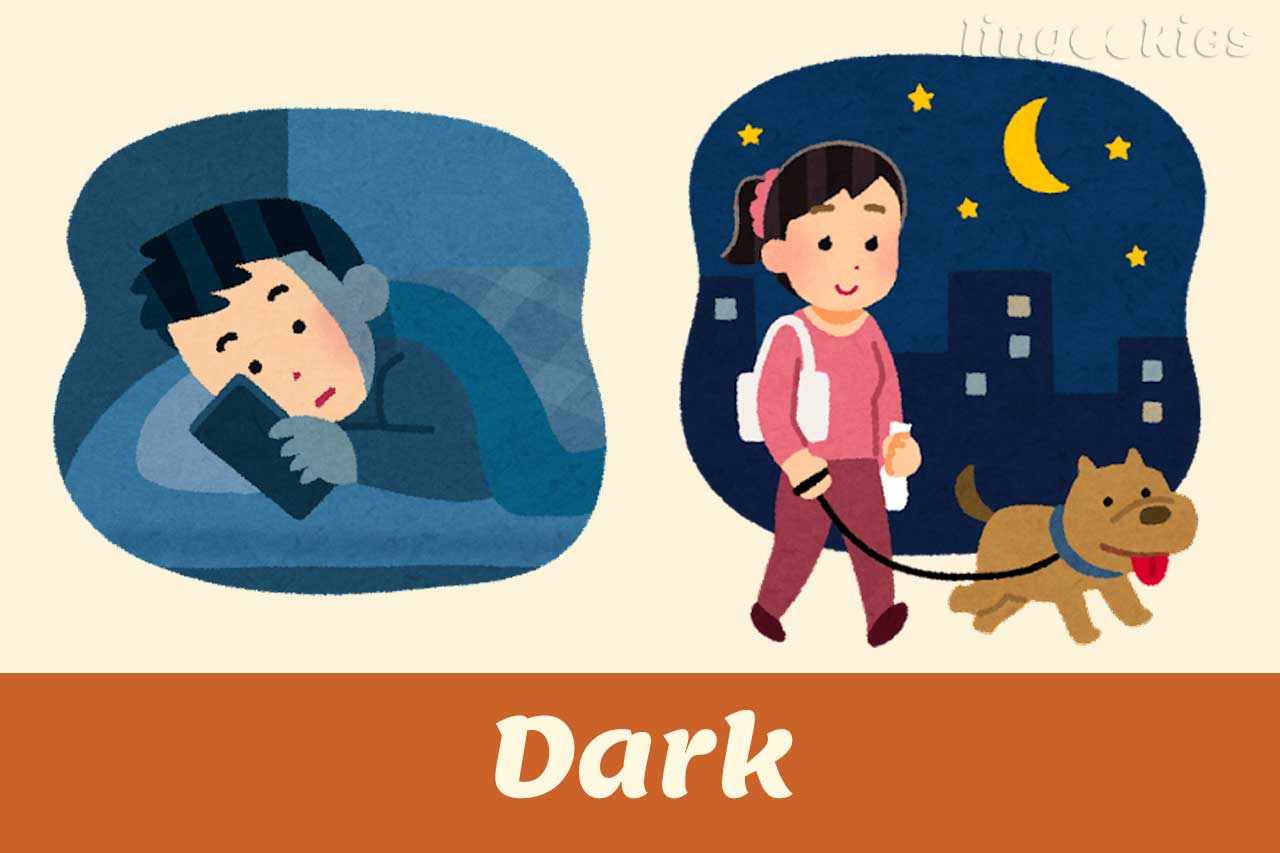 How exactly do you say dark in Italian?

As you will see in this lesson, there’s more than one way to translate this word into Italian. Dark chocolate uses a different word than dark sky or even it’s dark outside. Why is that? Read on to find out!

How do you say dark in Italian

Dark can either be a noun or an adjective.

Buio is the direct translation for dark in Italian when it’s used as a noun. It is a masculine noun and it is uncountable, so it has no plural form and it will only be preceded by its definite singular article.

Its pronunciation is similar to boo-ee-oh. Make sure not to add a -w sound to the final -o. Italian vowel sounds are clean.

C’era buio nella stanza, così ho acceso la luce.
It was dark in the room, so I turned on the light.

Quando fa buio, gli animali escono per cacciare.
When it gets dark, animals come out to hunt.

In poetry and literary works, you can also use oscurità to translate dark in Italian. This is a feminine noun and it is yet again uncountable. You will not commonly find it in everyday speech.

Its pronunciation is similar to oh-skoo-ree-tah. Make sure you stress the final -a!

Scuro is the most common translation for dark in Italian when it’s intended as an adjective. All adjectives in Italian agree with the number and the gender of the noun they modify, so you will find four variants of scuro.

Its pronunciation is similar to skoo-roh.

Hai una faccia così scura! È successo qualcosa?
You have such a dark face! Did something happen?

Ho molti nei scuri sulla schiena.
I have many dark moles on my back.

Buio can also function as an adjective in Italian. It has a more ominous meaning than scuro.

Other words related to dark in Italian

Intravedo un’ombra oltre il vetro opaco della porta.
I can glimpse a shadow beyond the opaque glass of the door.

Sayings with dark in Italian

Let’s wrap up our lesson on how to say dark in Italian with a couple of sayings that feature this word.

Meaning: Just as most things look grey at night because of insufficient illumination, it’s hard to distinguish between truth and falsehood when information is lacking.

Meaning: If left to their own devices, people will follow their instinct.

That’s it, now you know how to say dark in Italian!

Now that you’ve seen how to say dark in Italian, you might want to keep learning Italian online with these free Italian resources:

❤️ If you liked this lesson on how do you say dark in Italian, consider sharing it with your social media friends who are also studying Italian.