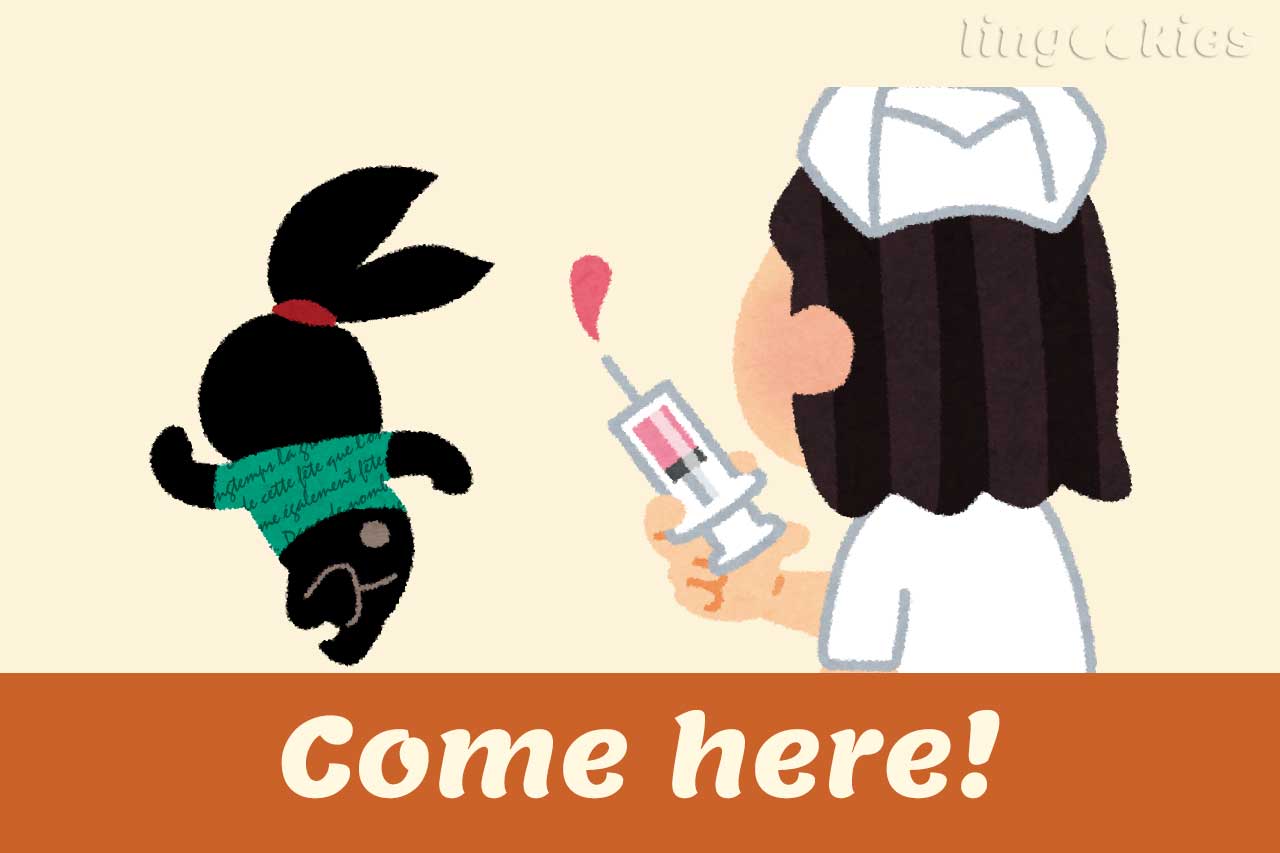 How exactly do you say come here in Italian?

Let’s say your kid has just broken your favorite flower pot and they ran away as fast as lightning, veloce come un fulmine. You want him to come back, right NOW!

Is there any stronger way to call him back? Yes. This lesson will be useful to learn all the different ways you can translate come here in Italian. We’ll have a look at both informal and formal ways to say it.

How do you say come here in Italian

As we’ve already seen, the direct translation for come here in Italian is vieni qui and is only suitable to use in informal contexts.

This expression is made of two words: vieni, which is an imperative form of the verb venire, to come, and qui, which very obviously means here.

In Italian, here can also be translated as qua: the terms are pretty much interchangeable so you could very well say vieni qua. Qua is just a bit more vague than qui as it means “here” but not “exactly here”.

Tesoro, vieni qui un momento a darmi una mano.
Honey, come here for a minute and give me a hand.

Venga qui is the polite version of vieni qui. Even though it could be used with people you have to show respect to, it’s still rare because people won’t normally address strangers in such a direct way.

To soften the request you can add per favore, which means please.

Venite qui is used to address groups of people. Venite once again comes from the verb venire and it’s the imperative mood for the plural you personal pronoun.

If a simple come here isn’t enough and you need an immediate reaction, you can add subito, meaning at once or right now, to the expression.

I’m not obviously giving you the formal alternative for this as it would be very impolite to address any stranger this way (I don’t want this website to teach you things you shouldn’t do!). But if you paid close attention to the previous paragraphs, you already have all the elements you need to create this formal alternative on your own… 😉

Replies to come here in Italian

There are a number of common replies to a come here request in Italian, so you can tell the person that you have heard them and will shortly obey. These are…

This is by far the most common reply to come here in Italian. Both come from the verb arrivare, meaning to arrive.

Arrivo fra un secondo, devo finire i compiti!
I’ll be there in a second, I have to finish my homework!

A slight variation to the expressions above. We’ve already seen subito in one of the previous paragraphs and it means at once or right now.

Of course, you can use the verb venire as in the original request. There’s no difference between these and the expressions with arrivare.

That’s it, now you know how to pronounce all the different ways to say come here in Italian! Start testing them right away with your Italian friends, make them come to you!

Now that you’ve seen how to say come here in Italian, you might want to keep learning Italian online with these free Italian resources:

❤️ If you liked this lesson on how do you say come here in Italian, consider sharing it with your social media friends who are also studying Italian.